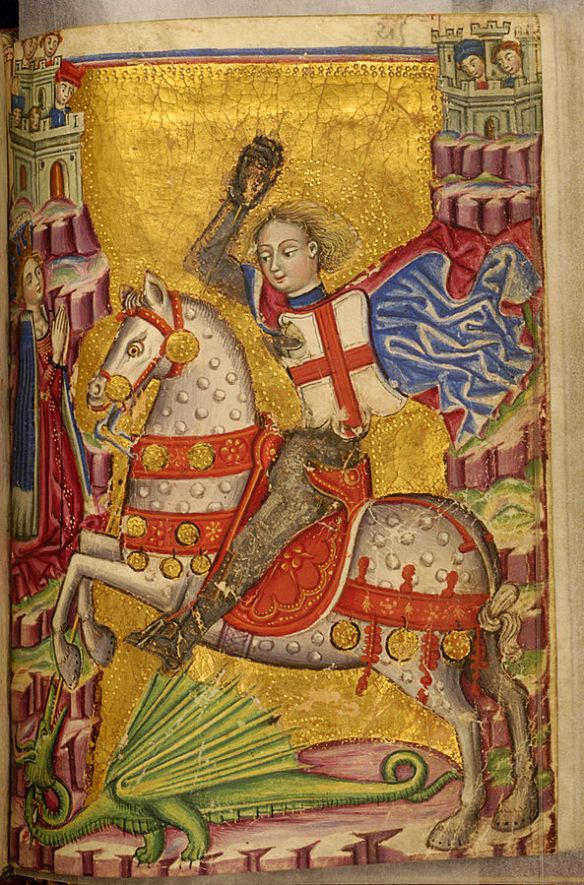 Last week, Beowulf’s sword failed him and his shield proved weaker than expected.

Beowulf battles the dragon, but needs to give it some space.

“Then was the barrow
guard, after that battle stroke, thrust into a fierceness of spirit –
it threw its deadly fire, wildly leapt
those battle lights. Of glorious victory the
gold-giving friend of the Geats could not boast then,
the war sword failed him while unsheathed in battle, as it should
not have, became known as iron formerly excellent. That was no easy
journey, when the renowned kin of Ecgtheow
knew he should give up that ground,
that he should, against his wish, inhabit a dwelling place
elsewhere, so shall each man
leave off his loaned days. Then not long was it
before the fierce warriors met each other again.
The hoard guard himself took heart – his breast began to heave
from strain – he lunged forth once again. Harsh straits were suffered,
the fires enveloped Beowulf, he who once had ruled the people.
Not any of the band of comrades were with him then.
The sons of nobility stood around merely draped in martial virtues
they fled into the woods at the sight below,
eager to save their own lives. Of them, in only one mind
surged sorrow. Kinship may never
for anything be turned away from if a man thinks rightly.”
(Beowulf ll.2580b-2601)

The fabric of Beowulf the poem is shot through with the idea of boasts and actions being bigger than mere words. Throughout the story we see Beowulf match this process of action. Boast, act, report.

But this is where we get some sure signals that the story is ending.

Beowulf can’t follow through on his boast from earlier. On lines 2524-2525 he had said “And I will not give/a foot’s length when I meet the barrow’s guard” (“Nelle ic beorges weard/forfleon fotes trem”). And now he is giving that ground. Beowulf can no longer do as he says, his actions now speak more quietly than he has need of them to.

Those he had handpicked as the best of the young Geats are also leaving him in his hour of greatest need.

After all, although his actions failed to meet his boast, that was due to his overestimating his abilities and the tools he had with him. But there is more to it than that, I think. Any incongruence between acts and words in the morality of Beowulf suggests a sourness of character. Liars say what they’ll do and then don’t do it, and they orchestrate that kind of outcome because they’re thinking of deceiving (others or themselves).

Beowulf falls prey to a bit of this with his failed follow through. Not that he was intending to go back on his boast, though the stories could have branded him as such because of that failure to follow through. So it makes sense that one with right thinking will swoop in for Beowulf’s rescue.

Was Beowulf thinking properly when he came up with his flame-resistant shield and when he said he had to fight the dragon alone? Or were these things the product of a mind convinced that the body it was attached to could still pull off such grand deeds?

Next week, we turn away from the dragon to see what the Geats on the clifftop are up to.