Abstract
Translation
Recordings
One Word Says much about Beowulf’s Song
Another Word, and More of just What Wealhtheow Is
Closing 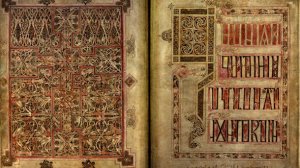 Beowulf sings his reply to Wealhtheow’s praises, and she, well-pleased, returns to Hrothgar’s side.

“Beowulf spoke, son of Ecgtheow:
‘I thought upon that, as I came across the sea,
seated in the sea boat amidst the multitude of my men,
that I completely for your people
would that will work, or die in the slaughter,
held fast in the fiend’s fist. I shall perform
the lordly deed, or my end days
find in this mead hall!’
That woman/lady well liked those words,
the boast-speech of the Geat; then went gold-laden
the stately queen of her people to sit with her lord.”
(Beowulf ll.631-641)

Back To Top
One Word Says much about Beowulf’s Song

When last week’s passage ended with the poet/scribe possibly saying that Beowulf sang his response to Wealhtheow, I thought I knew what was coming. I figured that we’d get more of the same artful and rhetorical language that we saw when he was talking to Hrothgar. A few ‘thee”s and ‘thou”s, rhetorical separation of related clauses, all of that.

Instead, Beowulf’s dialogue here is some of the most straightforward text I’ve come across in the poem yet.

All of these words are straightforwardly translated as “fiend-grip,” “end days,” and “mead hall.” There don’t seem to be any shades of morality hiding in multiple meanings, nor does Beowulf seem to be putting any of them to tricky use here.

Though there are some rare words at play in Beowulf’s dialogue.

In line 634 Beowulf uses the word “anunga” and in line 635 he uses “crunge” (a form of “cringan”). These words aren’t often used, but there’s nothing really special about them aside from their being highly specialized.

The word “anunga” refers to something done quickly and thoroughly if taken as a whole word (my Clark Hall & Meritt dictionary separates these senses). Yet it makes sense that Beowulf use this word here since it alliterates with the word that follows, which just so happens to be on the other side of the line’s caesura: “eowra.”

“Crunge” isn’t used for alliterative purposes, but it is highly specialized, having but three meanings: “yield, fall (in battle), die.” Using any three of these fits the meaning of Beowulf’s punchy ending, but he could have simply used “acwelan” or “sweltan” (both mean “to die”).

It’s telling, then, that Beowulf dresses up his language as he sings his reply to Wealhtheow.

If that’s the case, though, then Beowulf slips up in being one hundred percent crystal clear. As Robert Graves might put it, he fails in speaking to Wealhtheow in plain prose; some poetry sneaks into his singing.

In line 633 Beowulf refers to his entourage as “minra secg gedriht.” This translates to “the multitude of my men.” The important word here, as far as poetry goes, is “secg.”

Because this word can mean “reed, rush, flag; sword; ocean.”

We can probably discount “ocean” right away since it’s not likely that Beowulf was thinking about defeating Grendel as he was sailing over and in the midst of ‘his multitude of oceans.’

However, he could be, whether intentionally or unintentionally, referring to his men as reeds, rushes, or flags — things that bend and twist in the wind. Maybe he’s doing this to try to raise his own esteem in Wealhtheow’s eyes. His men look tough, but they’re nothing to him. He could be using this word to add to his boast, then.

Or, Beowulf could be practicing a bit more artistry in his song. He could be referring to his men as swords.

If this is the sense that the poet wants us to take away it opens up the possibility that Bewoulf is once more trying to put across the idea that he can switch between war and peace states. That he isn’t just a warrior or some sort of lunkhead, but that he is adaptable — perhaps his most useful characteristic. And perhaps it is his adaptability is what he’s really been boasting about all along.

Perhaps Wealhtheow picks up on this adaptability and can respect it as Hrothgar seems unable to adapt, unable to try a new way to kill Grendel himself and so he must rely on the help of outsiders. Because of his adaptability, however, Beowulf has no need for such help.

What do you think about the idea that a single word could hold so much importance? Is the word “secg” just there to alliterate with “sae-bat” (sea boat) and “gesaet” (“sat”)?

Back To Top
Another Word, and More of just What Wealhtheow Is

This week’s passage is mostly Beowulf’s speech, but the last little bit is just as rich. Thanks in large part (again) to a single word: “freolic.”

But what does “freolic” mean?

The dictionary in the back of the C.L. Wrenn edition of Beowulf I have simply gives two definitions: “excellent” and “noble.”

Now, to be totally honest, the C.L. Wrenn definitions are no doubt right on, exactly what is meant. After all, the dictionary included in his edition of Beowulf is specifically for Beowulf. Clark Hall & Meritt’s dictionary is more general, a dictionary for all of Old English.

But. Simply going with C.L. Wrenn’s take on the word wouldn’t be any fun. And besides, as much as a modern reader knows that a “fan” could refer to a fanatic or a device that cools off its target, surely Old English speakers were aware of the same nuance in their language.

As such, let’s speculate a bit.

There’s no doubt that Wealhtheow is merely being described as stately, magnificent, noble, beautiful, and definitely charming. Any of the definitions of “freolic” fit her.

Especially that last one, since she seems to have charmed Beowulf. I mean, he’s never sung in the poem before now. Nor has he spoken so plainly when speaking formally. I’m interpreting that as a sign of his being smitten, the strange decorous informality of his reply.

But then what about the “free” and “freeborn” meanings of the word?

Well, I think that the poet is pointing to the similar word use in last week’s passage. I think that he’s trying to suggest, however subtly, that part of what makes Wealhtheow magnificent and noble is that she resists whatever sort of behaviours one in her position tends to fall into.

It needs to be remembered, after all, that Wealhtheow is very probably the queen of her people by force rather than by birth or (pre)arranged marriage. That’s not to say she’s Hrothgar’s spoils, but rather a peace-weaver, a woman given by one group to another as a means of creating peace between the two.

Yet, despite being away from home and amidst these foreign peoples, Wealhtheow retains the mien and attitude of a freeborn woman. I think it’s this that the poet is getting at and, aside from the ever-present convenience of alliteration, he used “freolic” with the full intention of getting this across.

Going on the fairly thin theory that Wealhtheow is specifically Welsh or more broadly a Celt, I think this is also supposed to meant that she, like her brethren in the British Isles, remain culturally cool under fire. Even when their culture has been overrun (just as, in a way, the Anglo-Saxon culture implied by Beowulf‘s being in Old English has been overrun by its being about Norse peoples), they remain proud and true to that original culture beneath the trappings of the new or imposed.

In this sort of captive situation, the captured culture creates a kind of kernel of true identity around which they weave something more acceptable to the group in which they currently find themselves.

Beowulf’s being young and adventuresome, I think appeals to this kernel of true identity within Wealhtheow and that is why she goes away well pleased from him — not just because he boasts once more about beating the monster. Maybe that’s even why she “well liked his words,/the boast-speech of the Geat” (“þa word wel licodon,/gilpcwide Geates” (ll.639-640)). Wealhtheow recognized in Beowulf’s words the sort of power and mastery of her own people over their own arts and knowledge.

Not to mention, that “secg.”

This interpretation pretty much entirely turns on its being layered in its meaning and Beowulf’s slipping it in there either intentionally to get Wealhtheow’s attention or unintentionally as a reflection of his own true nature of adaptability, his own true identity.

For when an old word has many senses in a modern language, why would that same word not have multiple sense in the old?

Has Modern English just diversified more than Old English ever did, so where they had but the word “freolic” we have the nine that it can be defined as?

Or was it that in older languages words just pulled double (triple, quadruple, etc.) duty more often, coming to be used in multiple senses, the one intended being suggested by delivery or gesture or tone — something that is, unfortunately, lost when written out?

We’ll probably never know any of those answers. But that’s what makes this Old English stuff fun to me. We’ll never really know about it, but at the same time, we know enough for there to be a structure from within which we can look out and speculate about that which is unknown.

What do you think of the idea that Wealhtheow represents the Briton Celts as they were under Anglo-Saxon rule? Am I putting way too much stress on just one word?

Though Beowulf’s undoubtedly left an impression on Wealhtheow we won’t see it manifest again right away. Instead, we get a glimpse of things as they were before the night of revelry comes to an end in next week’s passage.